In November I visited my old hometown, Christchurch, New Zealand for the first time in 15 years. It was unrecognizable. Catastrophic earthquakes in 2010 and 2011 had wreaked havoc on the downtown and liquefaction had covered entire suburbs in mud. Two years of demolition followed and by 2013 Christchurch was left bare, over 1500 buildings removed from the CBD alone.

On arrival, I found familiar street names but with so few visual clues I couldn’t recall the look and feel of the city. A telling example of the missing cityscape was Cathedral Square. ‘The Square’ was for 150 years the center of town, a popular plaza anchored by a neo-gothic cathedral. Now, the surrounding buildings were gone and it had become just another drafty, dusty, wide open lot. Furthermore, the once majestic cathedral has been left as a pile of rubble, in situ, as discussion continues about its future. The loss of architecture was both profound and unsettling. Christchurch, the place, was missing.

‘The Rebuild’, a broad label given to the reconstruction efforts, is now well under way. The bulk of the demo phase ended in 2013 and by the time of my visit downtown was in construction site limbo – chain link fence, expanses of gravel, cones, contractor’s trucks. It’s a familiar sight in any city, but here, for the time being, it is the city. This transitional stage is expected to last a further 5, even 10 years and the end result remains murky; fears abound of a sterile forest of steel and glass. 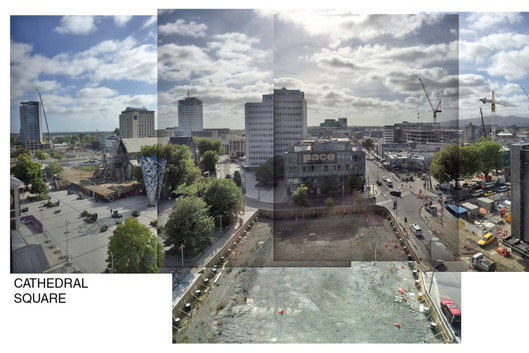 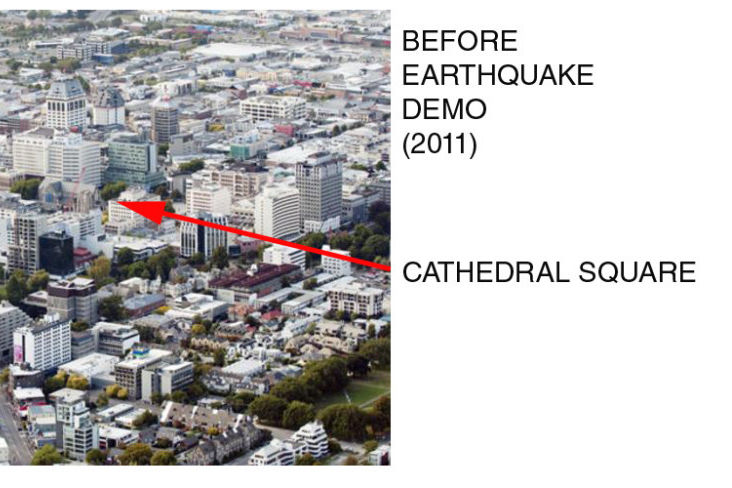 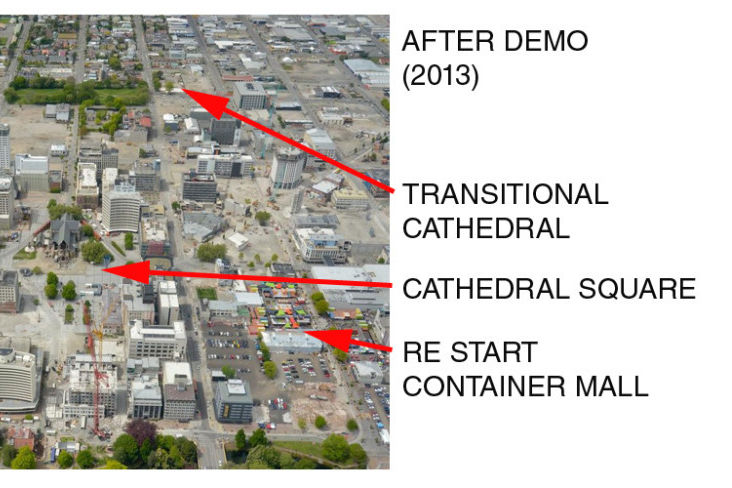 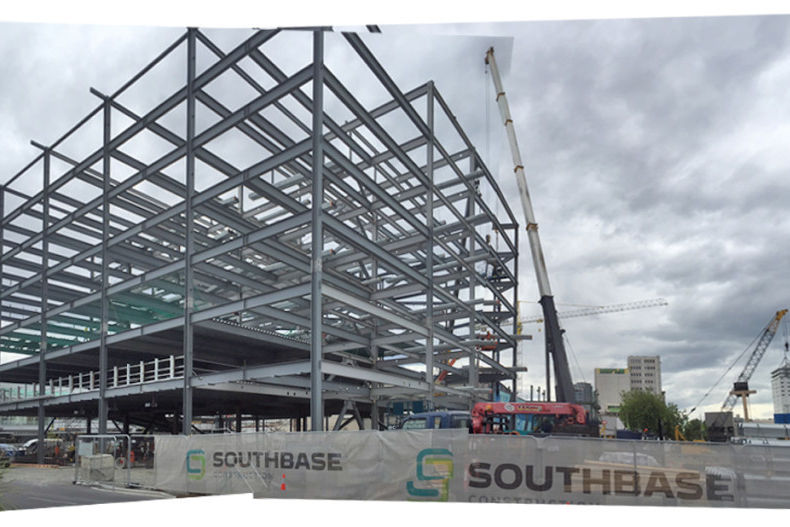 The Christchurch Central Recovery Plan was developed by the Christchurch City Council, NZ Government and Ngai Tahu (regional Maori) among others, in an incredibly short time. The plan is wide ranging and necessary to organize reconstruction on this scale (currently the most expensive disaster rebuild in the world). In the new downtown, buildings with similar program will be grouped together in precincts, ranging from the welcoming- “Arts & Theater District”, to the foreboding- “Justice & Emergency Services Precinct”. Some locals expressed reservations about the plan, which doesn’t address the fine-grain elements of the City. For example, Christchurch had a series of popular alleys and in-between spaces that are now lost.

Shipping containers were everywhere and have become the defacto vernacular of the Rebuild. In Shigeru Ban’s wonderful, simple, Transitional Cathedral (2013), shipping containers anchor the soaring cardboard tubes. This building has come to symbolize the earthquake and the positive spirit of the rebuilding city. Re-Start is a temporary shopping district complete with banks, cafes and high end retail, all housed in stacked containers. When I visited, the cafes were bustling with construction workers and engineers in hard-hats and safety vests; fashion, it seems, has also suffered. Side note – NZ’s coffee culture is among the best in the world so it’s no surprise that the cafes have been among the first businesses to rebound. 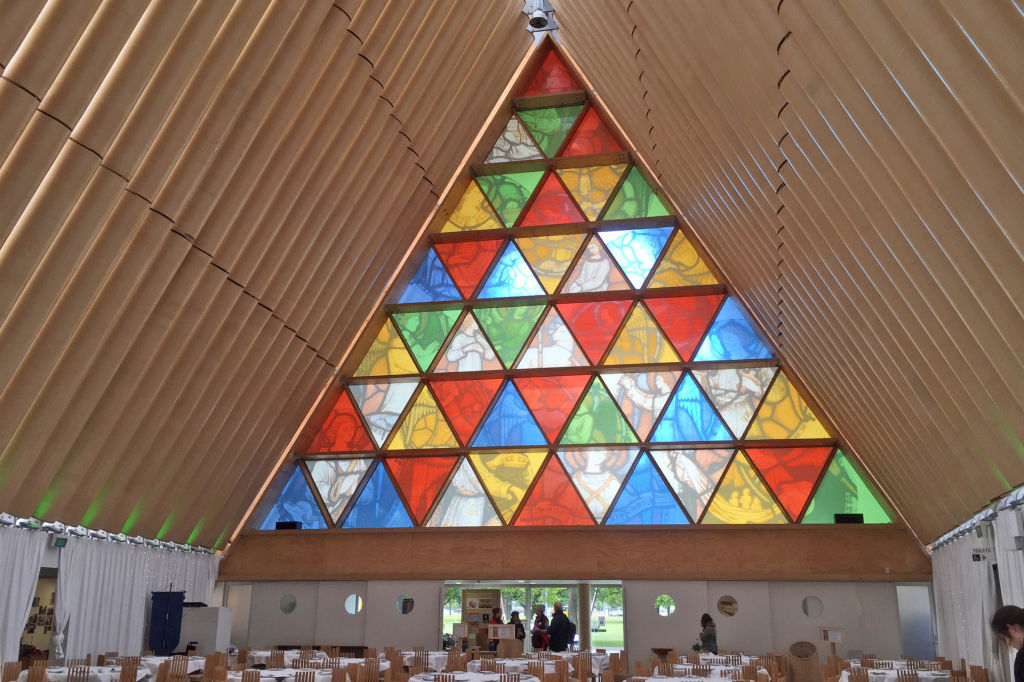 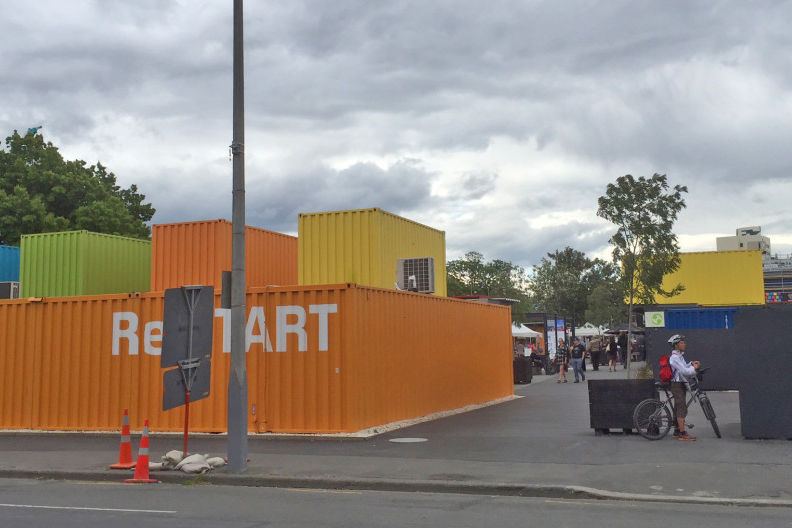 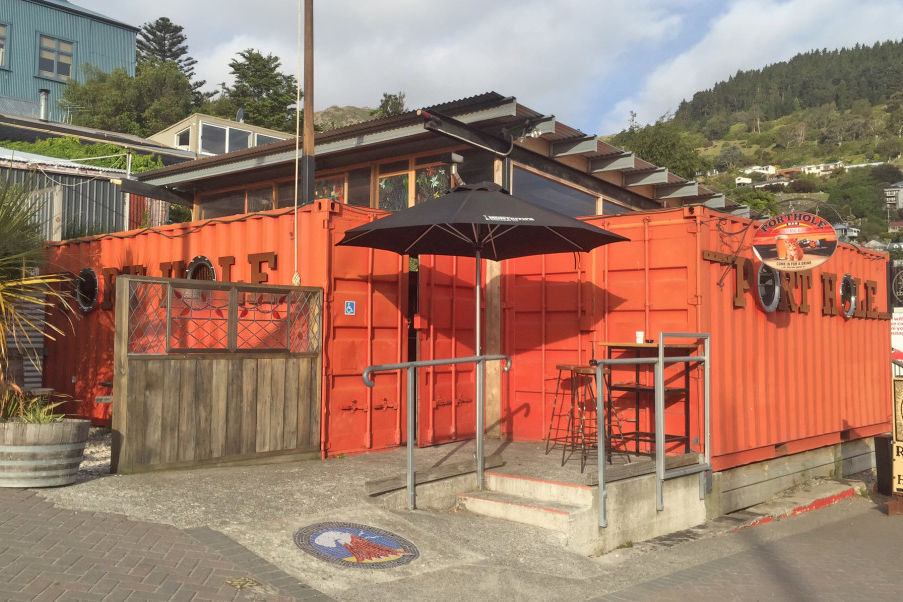 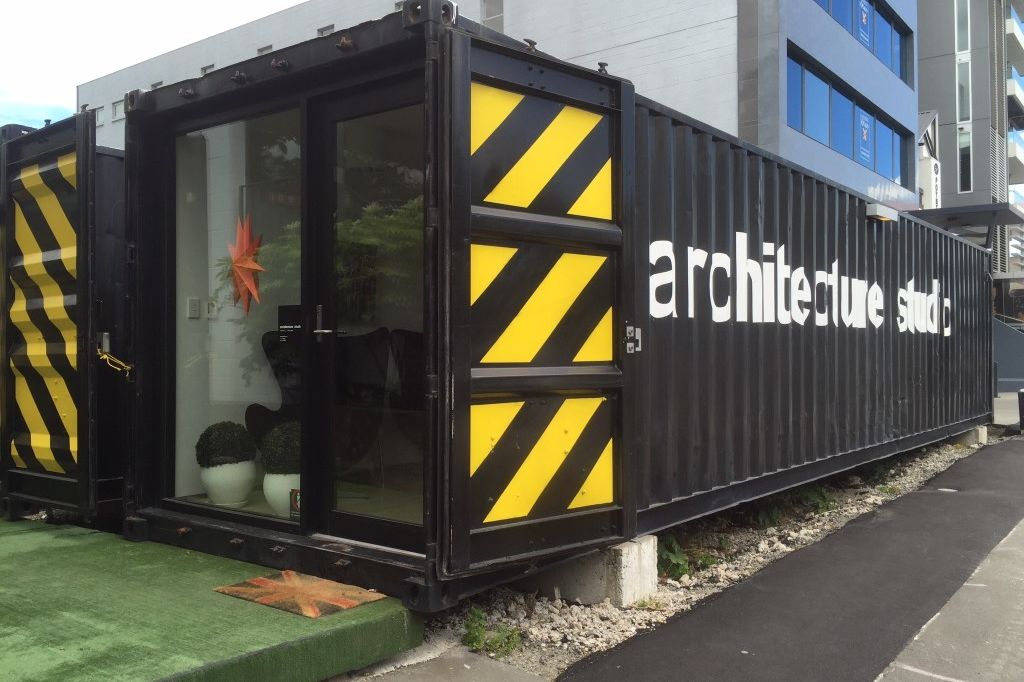 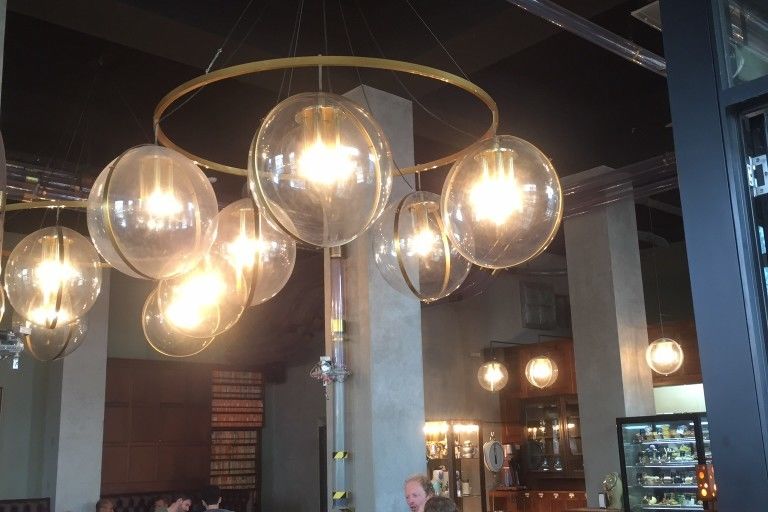 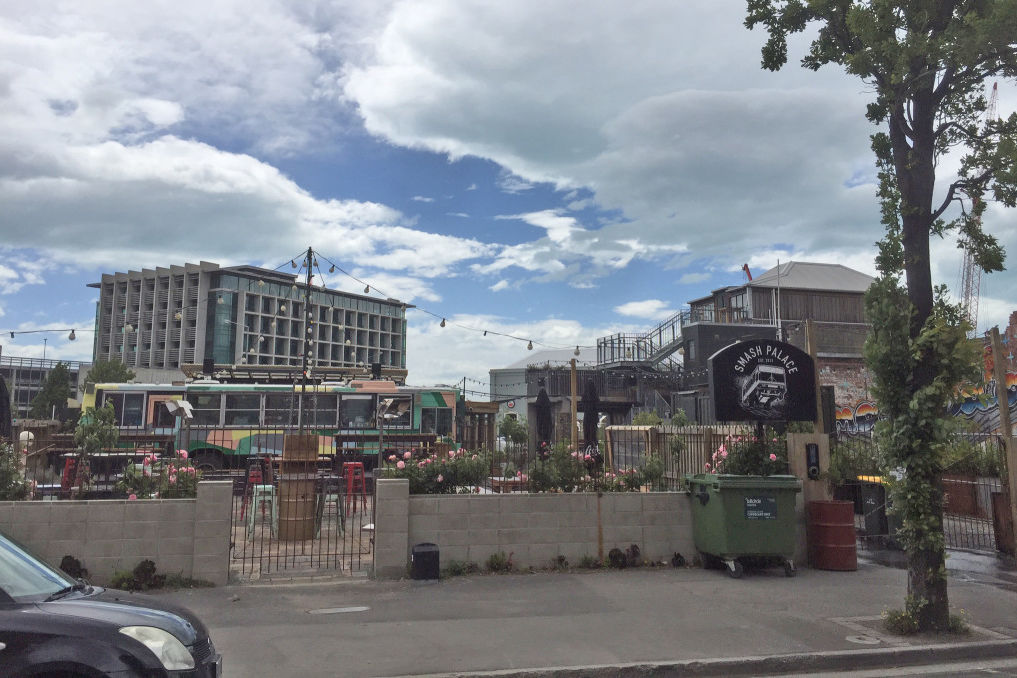 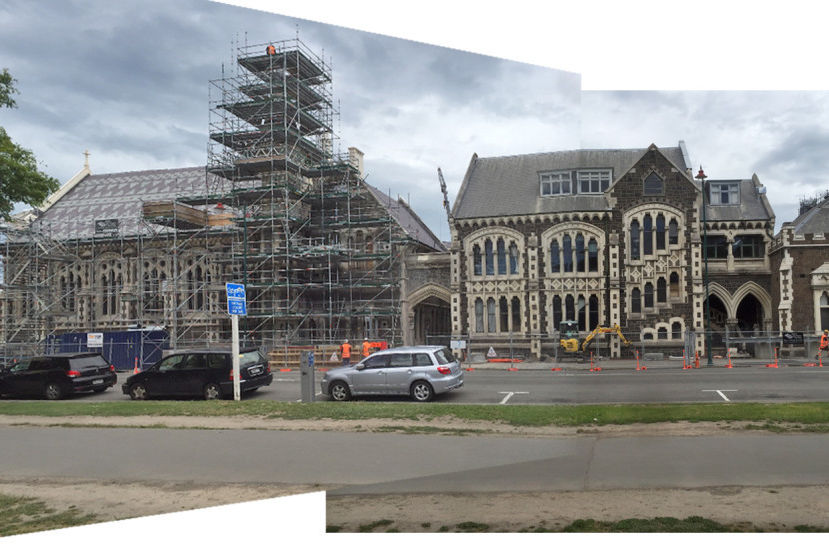 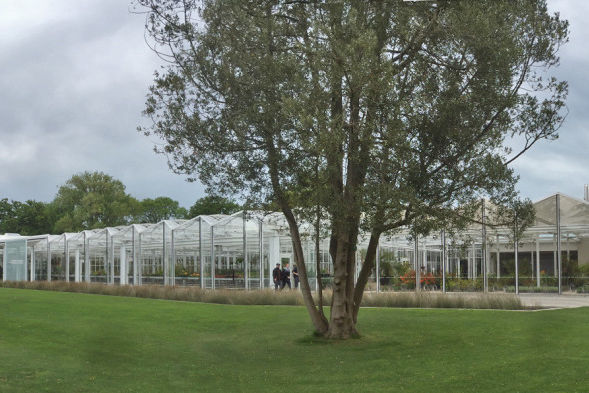 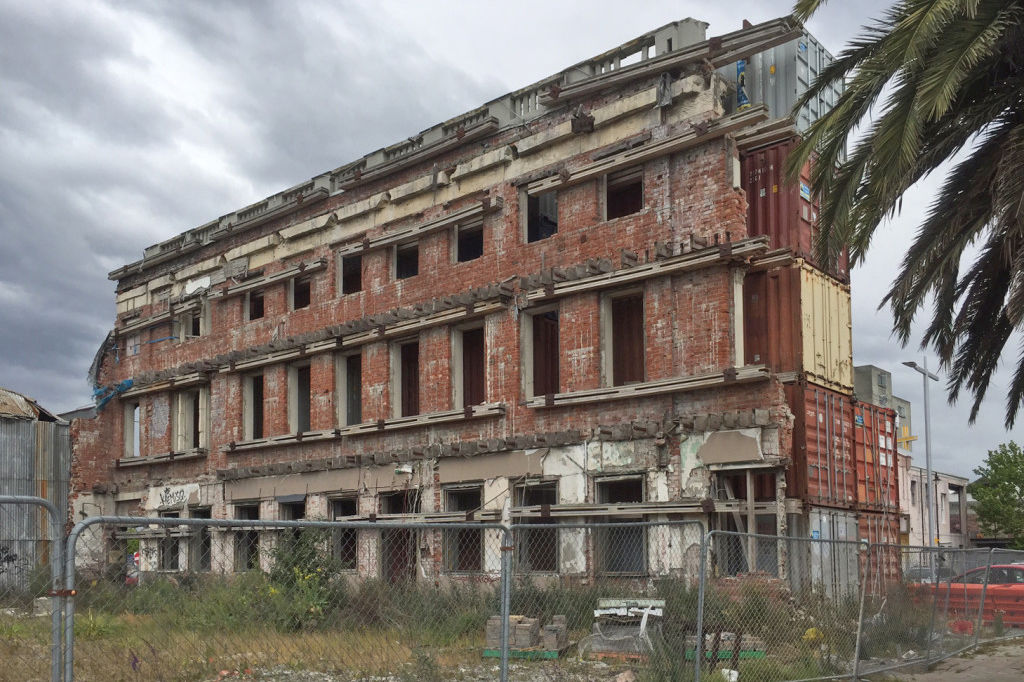 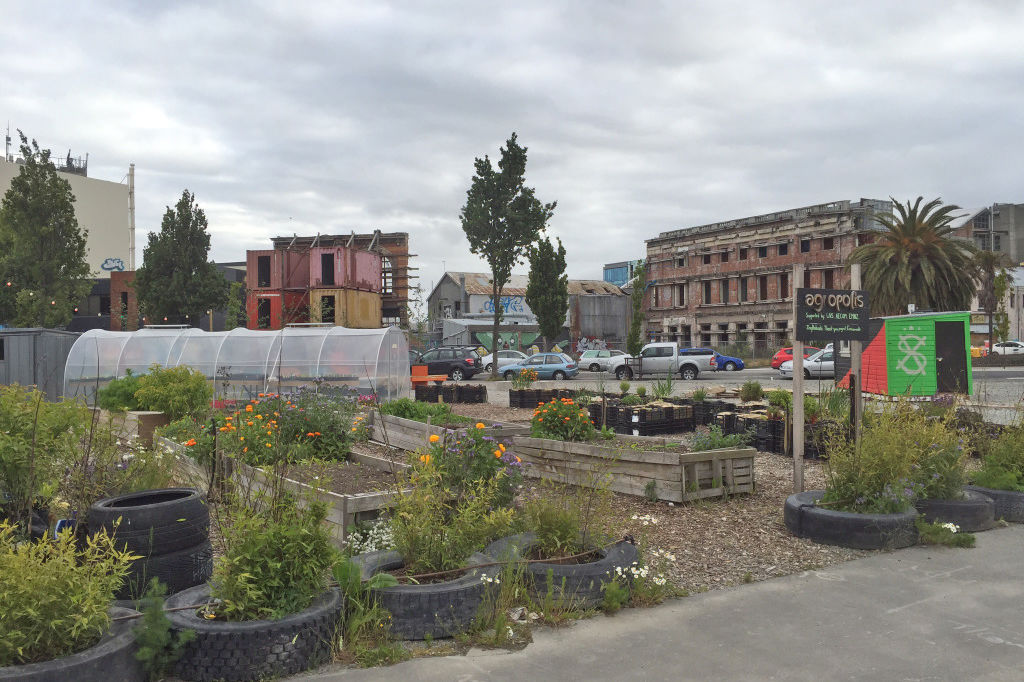