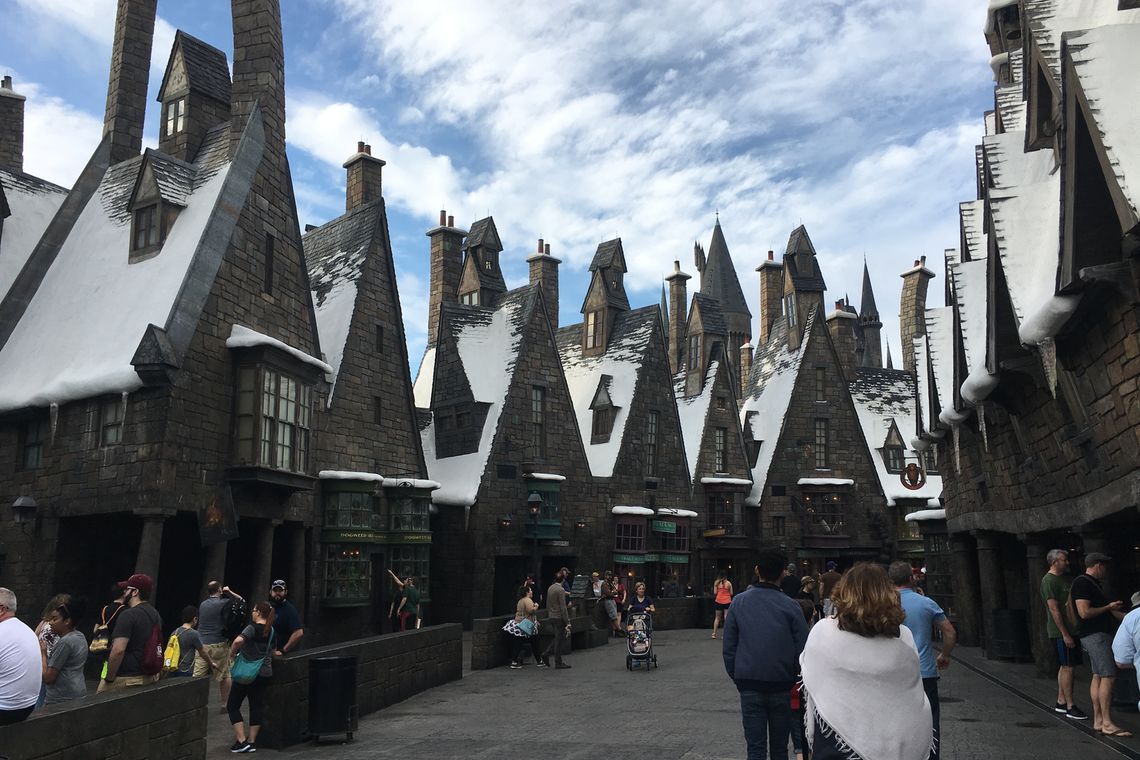 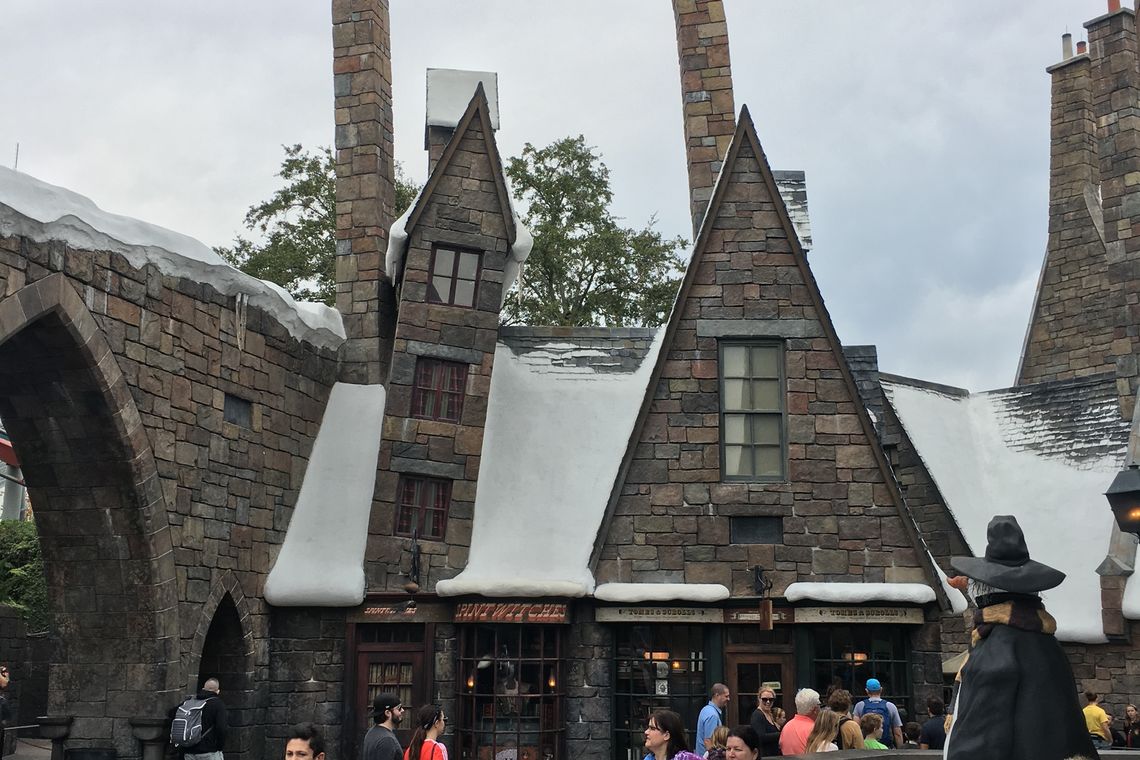 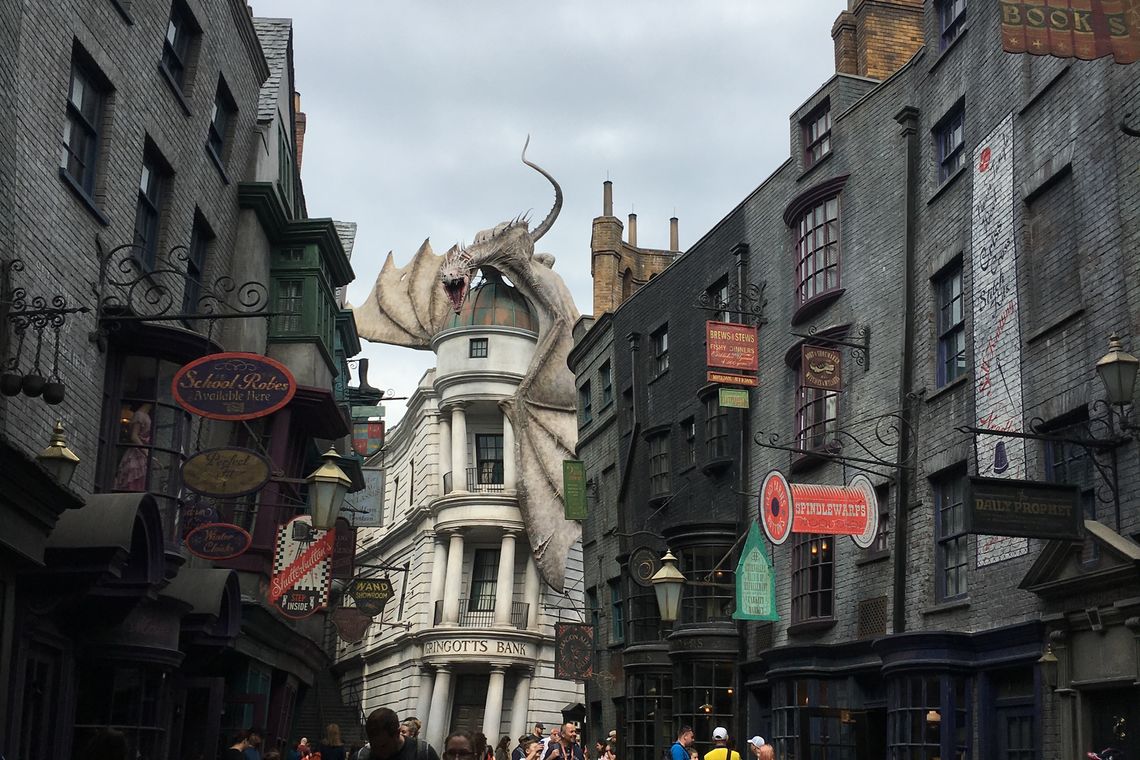 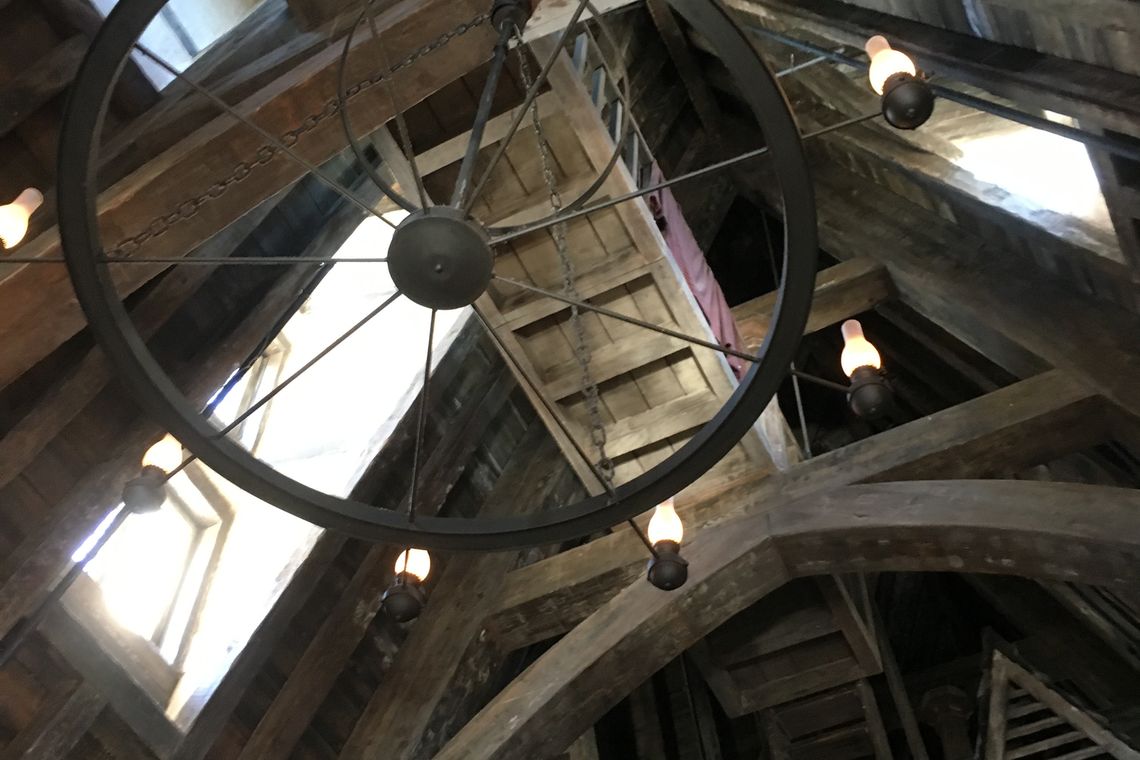 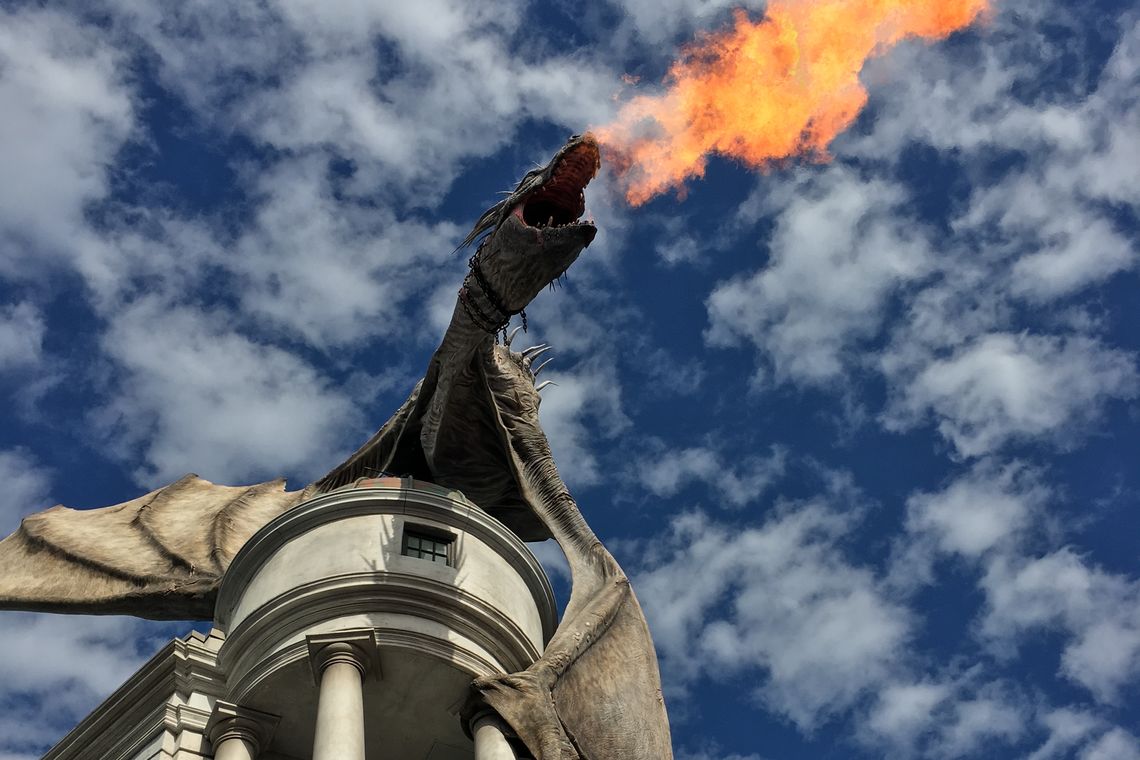 I recently vacationed to a place that I have been itching to go since it opened. As a massive Harry Potter fan (granted, not as much of a fan as my sister – just ask her), I could not turn down a chance to visit this magical land housed, not in London like the ‘real’ Hogwarts castle, but at Universal Studios in Orlando, Florida.

Getting to adventure in Hogsmeade was a completely surreal experience. The designers transformed every image and detail in J.K. Rowling’s books and the movies, into a real, touchable theme park. As an exhibit designer, when I visit a museum, I typically like to take my ‘designer hat’ off. This is an increasingly difficult task because I always find myself looking behind displays, trying to determine materials, and analyzing fabrication techniques which usually causes my friends and family to leave me in the dust.

On my visit to Harry Potter World, I was going to attempt to employ this same strategy, until I realized that everyone I was with was curious how things were built!  Naturally, we touched everything to figure out what it was made of (typically fiberglass of sorts) because the detail in every element were so beautifully done. It was astonishing! From the stonework and wood elements – to the fake snow and window displays, the details were impeccable. The buildings were also built at varying angles and canted in – on purpose! The environment was so nicely done, that even if they did not have stores or rides, it would still be a magical experience.

In addition to the craft of the structures themselves, the park really out did themselves with their interactive storefront displays. A visitor can purchase a wand (to the tune of $45-$55) that was equipped with RFID capabilities. The user could then venture throughout the Harry Potter sections of the park, looking for bronze plaques in the pavement (typically near a store front or other element) which indicated which pattern to wave your wand in as you point and watch the ‘magic’ happen. These magical experiences ranged from moving a snowman across a cake in a bakery storefront, to activating a fountain to spray innocent bystanders (or your little brother) and made for a nice hidden addition to the park.