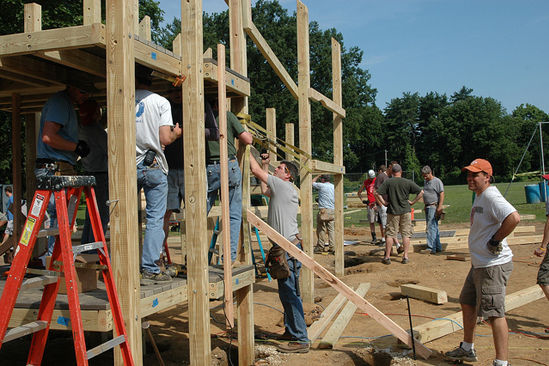 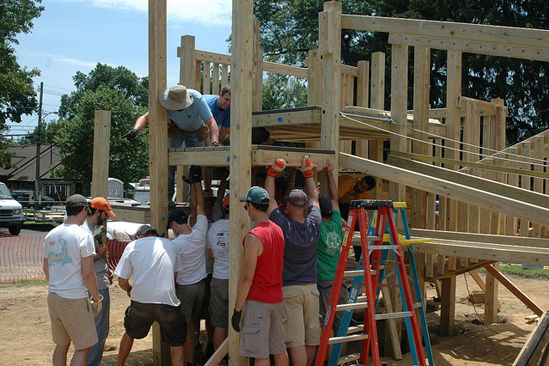 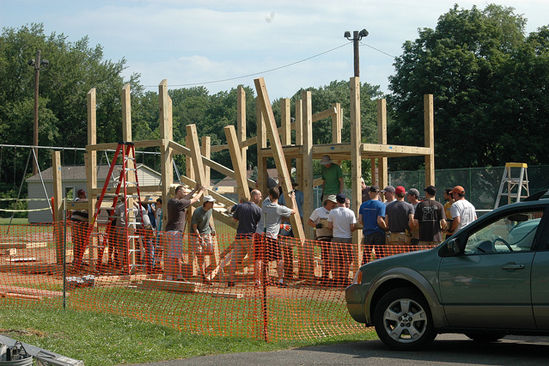 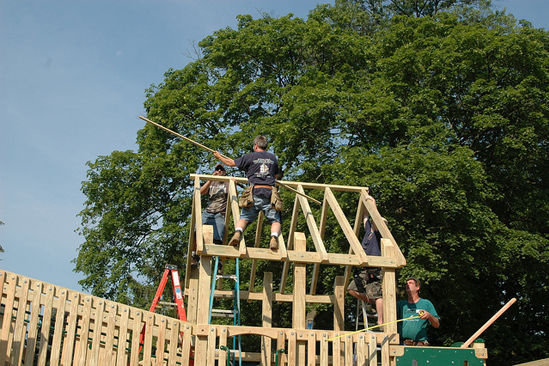 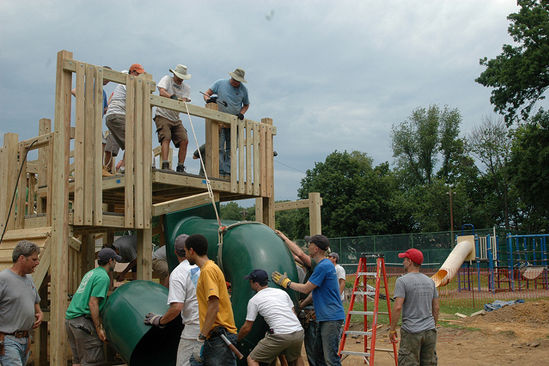 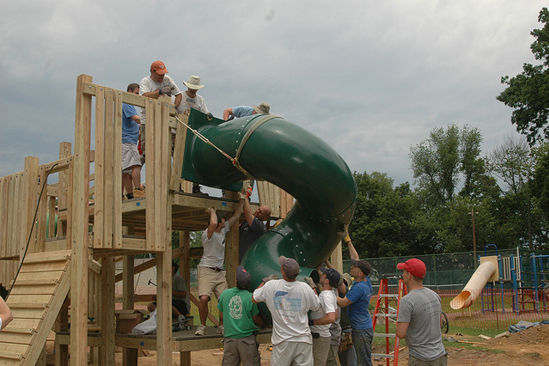 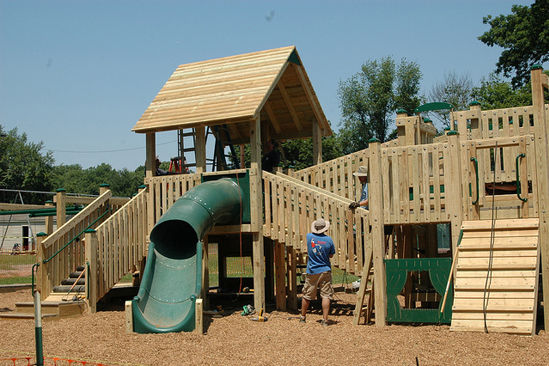 What better way to kick off the summer than to build a playground!

Recently, over 35 community members came out to help rebuild a large, wooden play structure at Elwell Field in Haveford Twp.

Just two years before, the original twenty year old play structure was demolished due to safety concerns. While it was the right thing to do, as a resident and parent who frequented the playground with my kids, it was still a huge loss. Ever since the old structure was removed, a small group of highly dedicated residents worked tirelessly to bring it back.

Working with Township Commissioners, the Parks and Rec Department and community leaders, this group was able to slowly but surely get the funding and Township approval to get the structure rebuilt. The only catch was the community had to build it themselves. A successful campaign was waged to get volunteers to rebuild the structure.

Neighbors and friends did everything from digging the over 30 post foundations and erecting the wood structure to pouring concrete footings and spreading 100 yards of mulch.

Working with four play-structure professionals from Designed For Fun, volunteers spent over two days working to have the playground ready for the waves of children to descend upon the playground during this summer.