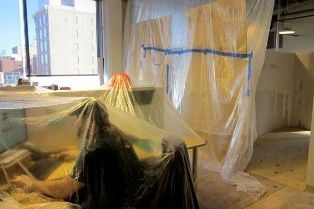 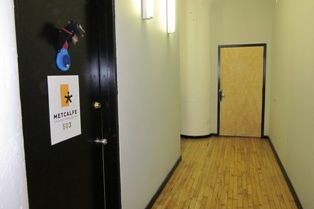 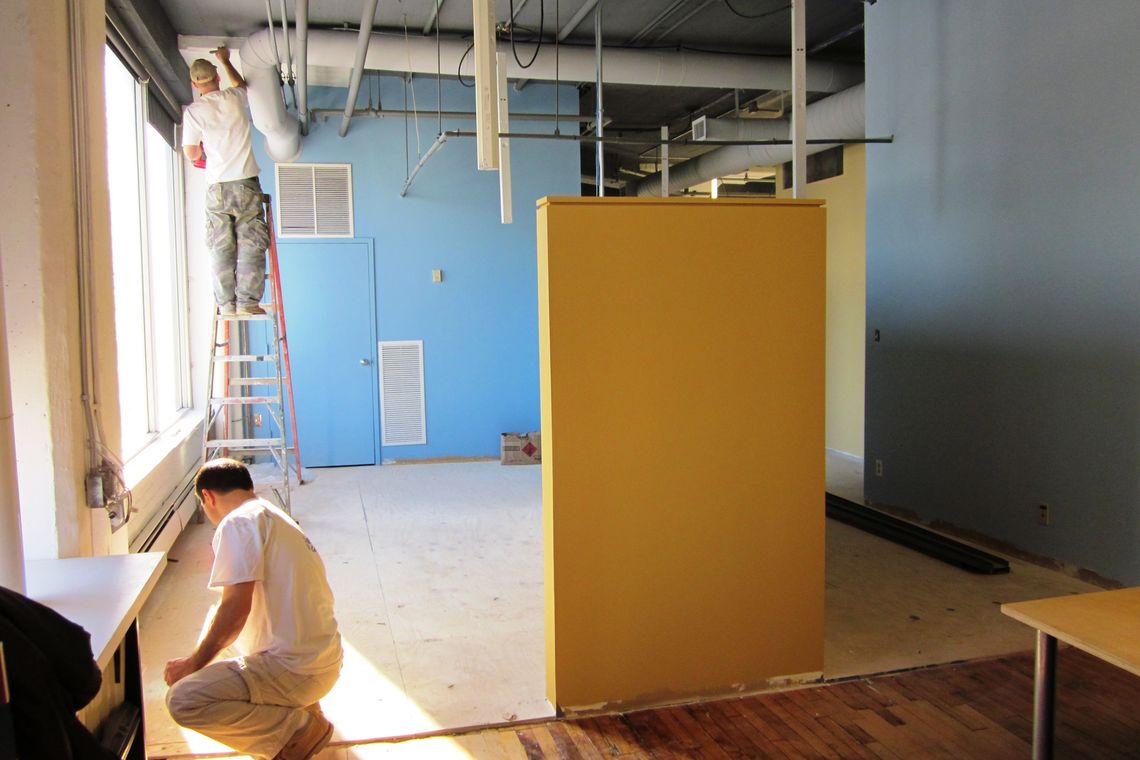 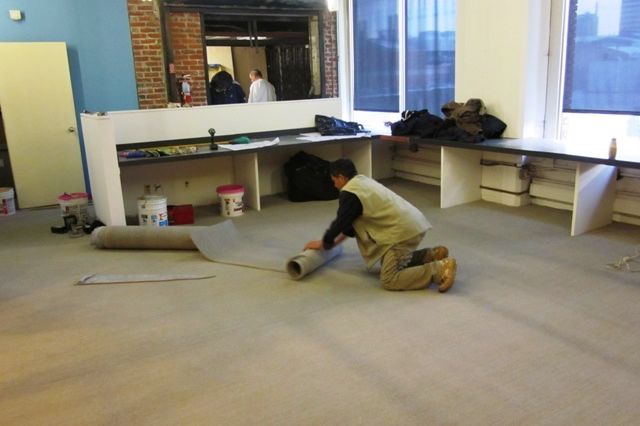 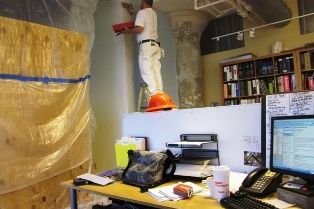 We didn’t skip a beat.

Not through the power tools, the fumes, the dust. Not through the parade of Polish construction workers in and out of the office all day long, who mostly conversed in their native language but at times belted out random song lyrics in English and whose cell phones – with various raucous musical ringtones – competed with the whir of the chop saw. Not through the frequent deliveries of materials, the carpet-laying crew with its vats of smelly glue, the chill when the freight elevator sat open while construction debris was carted away.

We sat at our desks and toiled away, smack dab in the middle of a construction zone. Quite an interesting experience.

It all started when the office next door was vacated. We are fortunate to be a growing company, adding a few new positions (including mine!) in the last year. Space was getting a little tight, musical chairs with staffers and work stations was occasionally necessary, the conference room was often double-booked, and, without jinxing anything, I’ll cautiously say the future is looking good. Thus, the bosses capitalized on the opportunity and grabbed the space next door while it was available with an eye to the firm’s continuing expansion, bolstered by the rental of part of the new space to two friendly tenants.

The expansion plans called for knocking down a wall to join the two suites, creating additional office space; a huge storage closet; a new area for the office equipment and another for the materials library; a second, larger conference room – all on the new side, and a small galley kitchenette and second door into the hallway on the original side.

Did I mention that the wall to be knocked down is/was right next to my desk? And that power tools are really, really noisy? And that construction dust is fine, white, and pervasive?

The construction workers started on the “other side.” We defrocked the wall to be demolished, I emptied my large filing cabinet so it could be moved out of the way, and we went about our business. We could hear the workers destructing and constructing on the “other side,” but, in light of what was to come, it was but a muffled distraction. One Monday we returned to work and the wall was gone. In its place was a roughly hung curtain of plastic and a couple pieces of plywood, graciously erected by the construction workers in a (failed) attempt to shield us from the sound and dust.

So, I timed telephone calls between power tool usage, buried my nose in my shirt depending on the fume du jour, and covered my computer at night with a trash bag for dust protection.

About three weeks into it, the major construction is almost complete. In addition to the wall separating the two spaces being demolished, new walls have been erected, the new conference room has been created, wood trim has been polyurethaned, and new carpeting has been laid. It’s really looking great. Finishing touches are still pending, as is the other half of the project – creating the kitchenette and cutting a new doorway in the original space.

Thus, for now, I must quell the urge to scrub away the dust shroud covering every single thing on my desk, and continue to throw my clothing into the washing machine as soon as I arrive home every evening. Luckily, however, even though I am not an architect, I do often wear black, which, fortunately, goes well with construction dust.

Too see photo sets of the construction progress visit the Metcalfe Facebook page.