I was just in St. Petersburg, Florida, as a guest speaker at the Industrial Perforators Association annual meeting. Great people. We work a lot with perforated metal in our projects.

We visited the Salvador Dali Museum there-an unlikely location for this impressive collection of this artist’s work. Apparently, the Morse family of Ohio collected his work and at some point ran out of space for the collection. They made a national request for a home for this sizable collection. St. Pete stepped forward with a home. They are now building a new and larger building for it-also downtown.

I was most impressed by Dali’s later work. Everyone knows his earlier surrealistic work with the dripping clocks, sliced eye and ants in a flesh wound. Less familiar are his canvases from the ’60’s onward.

They brought me back to a sensibility of a time that I had forgotten. His work from this era is large, bold, experimental, spiritual and hallucinogenic (I kept wondering what drugs he was using). Like all painters, he was obsessed with perception and in his case, content. His work is also incredibly accessible as it is painterly, figural and full of references to popular culture.

We loved understanding the stories behind the canvasses-a lunar landing mixed with Columbus’ discovery of the New World, mediated by the invasion of Spain by the French via the excesses of Club Med. (I am not kidding).

Multiple portraits of his muse and wife, Gala that turn into a portrait of Abe Lincoln when you squint at the canvass from 16 meters.

Multiple images of the famous statue of Venus de Milo become a symbol of Spanish culture as embodied in an ethereal portrait of a bullfighter and bull in a bullfighting ring once you stare at them. They echo de Chirico’s lonely architectural landscapes . WOW! What a show.

Apparently, Dali collaborated with many others. Soon to come is the 2010 release of Dali’s animated collaboration with Walt Disney. This project was “lost” and never released. Can’t wait. 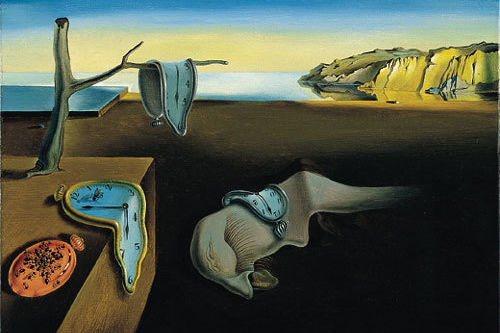 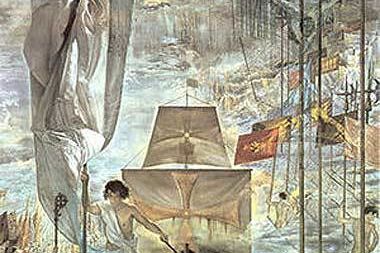 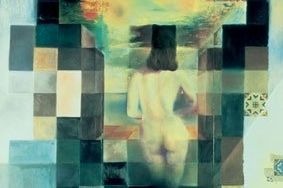 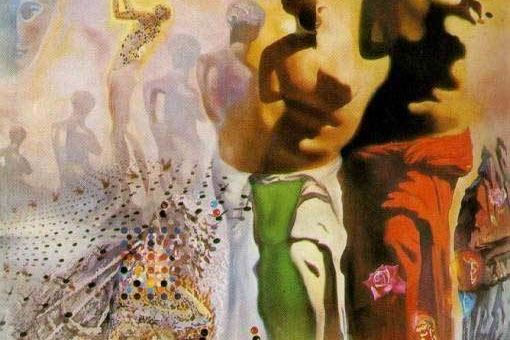