Like most, I hate the thoughtlessly tossed trash plaguing my city. It feels like a personal affront to every other citizen when one of us simply lets fly an empty bottle, a soiled wrapper, a cigarette butt. But there is at least one kind of litter I am quite fond of and would miss if it disappeared.

Certainly the bloom of these flowers across town after every storm has its intrinsic sadness. Poor craft and materials, exploitation of cheap labor, dependence on an import economy, and a whole host of other ills.

But I imagine the conditions under which these objects appear in our city scape. It is pouring. The wind is intense. You are carrying a purse, briefcase, and two grocery bags (or a child). The umbrella suddenly vomits itself into the air and in your sodden frustration you abandon it to the street.

They are swept up in the stream of the urban storm, left pinned against a fence, under a bench, or most oddly, in the middle of the sidewalk when the wind suddenly dies.

Their shapes like flowers sometimes have the same lurid colors.

If it’s possible to appreciate this undeniable trash as the keeper of small histories, how hard would it be to look more closely at the other flotsam and jetsam in our lives? 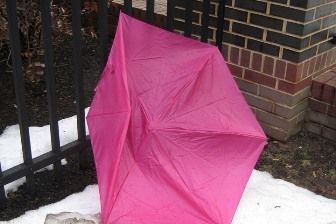 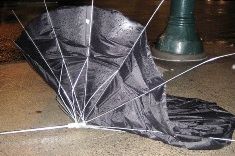 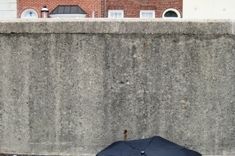 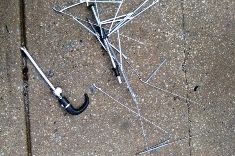 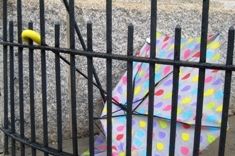 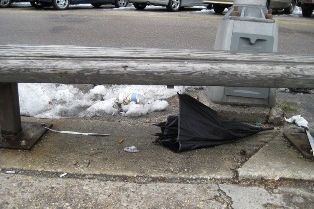 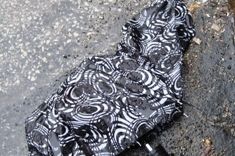