I spent some time near and in St. Louis last month, where our just-opened exhibit on the Pennsylvania Civil War 150 Road Show was fabricated.

It’s a jack-in-the-box traveling show – 3,000 SF of exhibits comfortably installed in a 53-foot-long, 500 SF tractor trailer that triples in size when set up. It was built by Craftsmen Industries, Inc., which specializes in mobile exhibits. Their shop in St. Charles, large enough to hold dozens of semis, is about the biggest I’ve seen – as is their printer, which looks like a desktop printer on steroids.

On the other hand, while driving around St. Charles and St. Louis (in an equally oddly scaled, but very neat Nissan Cube), I was struck by the size of the buildings.

St. Louis is where westward expansion began, and Lewis and Clark officially departed from St. Charles. I was expecting big western spaces and big homes. There were some of those, but many more were as off-scaled as our exhibit, Craftsmen’s shop, their printer, my rented car, and even the famous (and very striking) arch – although in the opposite direction.

Lilliputian homes and even shops abounded. I saw entire houses that were smaller than our compressed exhibit. Whether brick or wood, they were solid, beautifully detailed, carefully maintained – and just really, really small.

Considering the burgeoning momentum of the small house movement, St. Louis could be known not only as the seat of westward expansion – but as a model for the sensible charms of homestead reduction. 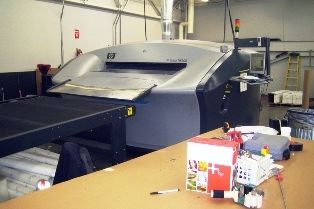 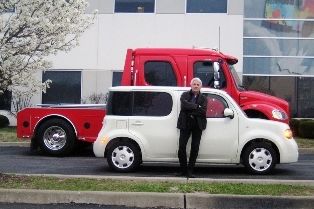 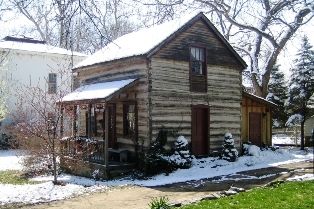 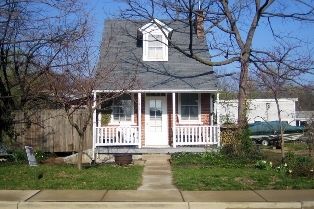 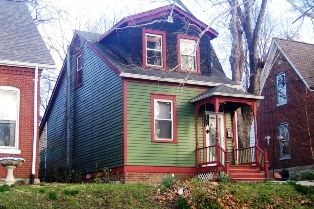 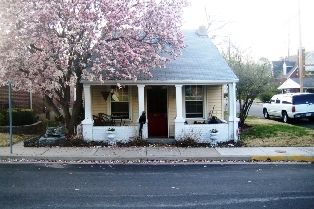 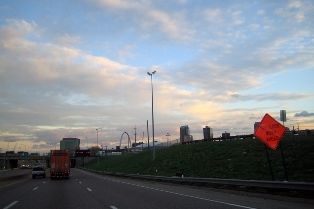 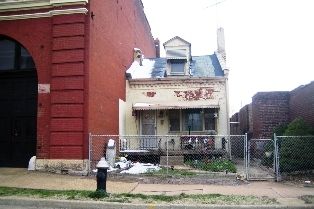 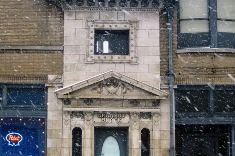 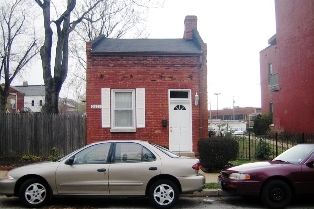 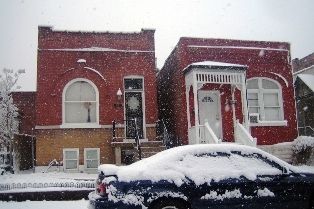 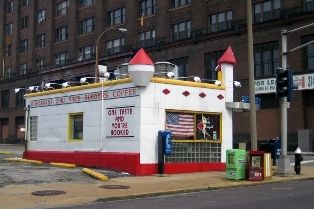 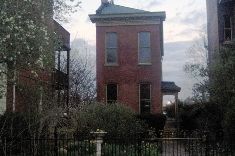