Every architect has their answer. The question being, “When did you know you wanted to be an architect?” It has been asked not once, but several times – its answer rehearsed for each and every one of us. I too have my “story.” At times, it becomes a long drawn out philosophical and dreamy tale of when and how I knew. The truth – it tends to be shorter and much more factual. So, I will share a piece of the latter version.

Some of my first vivid memories growing up are not of built structures, but rather sights and vistas of the American landscape. Traveling with my family when I was a young adult, allowed for a change in scenery, in experiences and cultures from the rolling hills of Pennsylvania I had come to know has a child. So it’s fitting that my first memory wasn’t of a stark façade on its own, but combined a breath-taking landscape with a remarkable and dramatic building.

The year was 1996, I was about 11 years old, and my family was headed west. We were going to the foothills of the Rocky Mountains in Colorado Springs. I couldn’t get enough of the natural beauty, mountains and mile high city. It was a 180 degree difference from my home in Pennsylvania which I saw as an “adventure.” It was here that the Air Force Academy, host to its signature Cadet Chapel, sat above the plains, at the base of the Rocky Mountains.

The chapel was completed in 1963 at a cost of $3.5 million dollars. It stands over 150 feet tall with 17 spires constructed of steel and covered in aluminum, the material jet planes are made from. The building seems to resemble fighter jets flying at a steep accent into the sky as the building connects earth to heaven. Between each of the tetrahedron spires are gaps of colored glass which illuminate the interior space and transform it into a tranquil and peaceful place of worship.

It was in this chapel that my uncle was married. Surrounded by family, the experience was heightened and ultimately intrinsic to my obsession with this space and connecting landscape, and my future as an architect.

As I revisited this chapel some 14 years later, I am able to analyze, dissect and appreciate it in so many new ways, but that “mystical” quality it gave me so many years ago, has yet to fade in the slightest. This Chapel has a distinct place in my saga – it was one of the first times as a kid I was truly amazed by something other than sports or shooting milk through my nose. And that was enough to start a career in architecture. 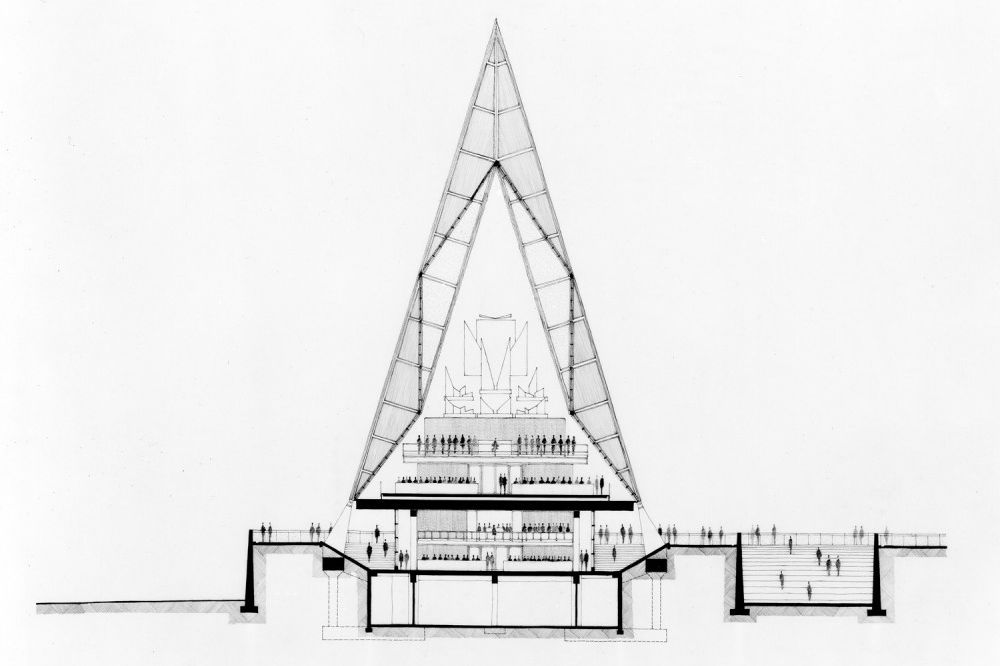 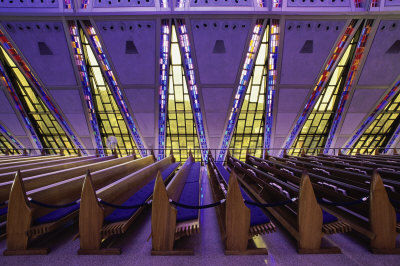 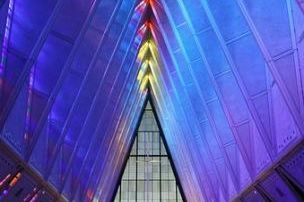 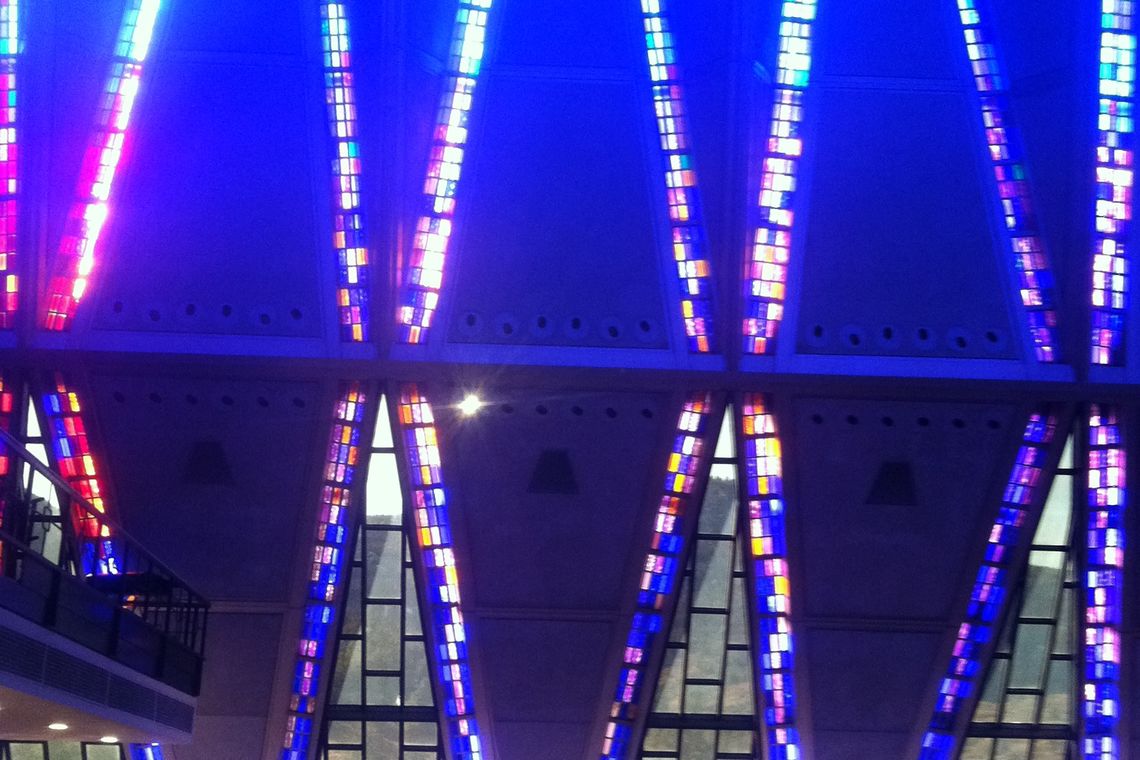 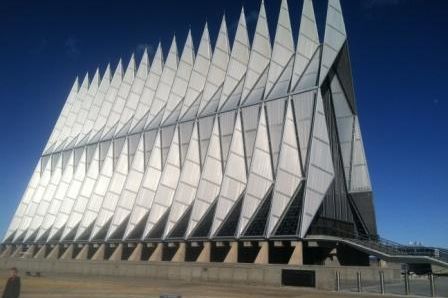